If your prospect feels that you don’t care about them, they aren’t signing a deal with you.

If they feel that you are not trustworthy, they aren’t signing a deal with you.

You don’t have multiple interactions or hours' worth of time to build rapport.

You need to do that quickly, within minutes.

And get them to feel at ease with you.

According to sales expert and author Josiane Feigon, only 13% of customers believe that a sales rep actually understands their needs.

The solution to the challenge of open communication and empathy turns out to be simpler than you think. And a big part of it is mirroring.

It’s a technique that’s been used by everyone from FBI agents to sales professionals to build an environment of trust and empathy to drive conversations toward meaningful outcomes. It's an important tool in coaching yourself and your sales team on tactics to improve rapport.

A story about a bank robbery (Chris Voss)

Here’s one way to take a sales call:

The problem with this approach is that it relies on a seemingly reasonable but fatally flawed assumption that humans are logic-driven, rational creatures. The reality is, however, is that humans are emotional, instinctive, and reactive–no matter how composed or buttoned-up they appear to be.

In the seminal book, Never Split the Difference, author and former international hostage negotiator for the FBI Chris Voss explains how mirroring helped him de-escalate an NYC bank robbery–with hostages. Voss got on the phone with one of the bank robbers, and mirrored his own words to get him to admit his identity.

Voss describes the interaction in the following way:

“The other vehicle’s not out there because you guys chased my driver away . . .” he blurted.

“We chased your driver away?” I mirrored.

“Well, when he seen the police he cut.”

“We don’t know anything about this guy; is he the one who was driving the van?” I asked.

The mirroring continued between me and Watts, and he made a series of damaging admissions. He started vomiting information, as we now refer to it in my consulting business. He talked about an accomplice we had no knowledge of at the time. That exchange helped us nail the driver of the getaway car.

By mirroring Watts’s own admissions, Voss was able to direct the conversation to his own advantage. He explains, “When deliberating on a negotiating strategy or approach, people tend to focus all their energies on what to say or do, but it’s how we are (our general demeanor and delivery) that is both the easiest thing to enact and the most immediately effective mode of influence.”

While your sales calls won’t look anything like a bank robbery (at least, we hope not), you can use this same simple technique of mirroring to put your prospects at ease, dismantle their objections, and convince them that you genuinely care about their success.

Mirroring, also called isopraxism, is the act of imitating behavior. Both humans and animals do it, and it’s often unconsciously done. Mirroring derives its power from one basic fact: We fear what’s different, and we’re drawn to the familiar.

Examples of mirroring can include:

While this may sound like a game of “Simon Says,” mirroring actually comes across as quite natural. It’s simply a way to communicate that you are on the same page as the other person through verbal and non-verbal cues.

Why Does Mirroring Work?

As mentioned earlier, humans are more reactive and emotional than we like to admit. We also have more biases, or tendencies or prejudices towards certain people or ideas.

One of the biases that affects us the most in a professional context is a bias towards familiarity. We like what’s familiar or known… especially when investing our money into something. When someone seems to be unfamiliar, we are more likely to be threatened by their intentions, who they are, and what they want from us.

“It’s not human nature to embrace the unknown. It scares us. When we are confronted by it, we ignore it, we run away, or we label it in ways that allow us to dismiss it,” explains Chris Voss.

Mirroring, however, can help you overcome biases in your prospects by using both verbal and nonverbal communication to show them you are on their side. In Never Split the Difference, Voss uses an example of using the word “stewardship” (a word associated with Christianity) with a client who appears to be a born-again Christian. By mirroring the client’s religious faith, Voss was able to communicate that he understood him.

How to use Mirroring in a Sales Call

Strategy 1: Use the Three-Word Trick

Sales Pro: “How is your current product management system working for you?”

By repeating back the same idea to the prospect, you prompt them to continue explaining a thought. Most people would respond to the above statement by diving more into how their current system is working for them, or introduce any concerns that they have with it.

“Yeah, it’s been working well except that it doesn’t yet integrate with our CRM…”

When your prospect smiles, smile. When they nod slowly, nod back. While this may sound unnatural, it’s actually a very natural part of interaction between both humans and animals. It’s a part of what’s called the “mirror neuron system” in our brains, and it’s a critical part of feeling and expressing empathy.

Some part of this mirroring is done by us automatically, but much of it, like smiling and showing interest, is within our control.

Body language is one of the most important parts of communication. It helps to decode the true mood, intent, and response of the other person. For example, crossed arms may signify resistance, while a nodding head signifies agreement and engagement. While on a video call, pay attention to the body language of your prospect and mimic when appropriate.

If your prospect has a rushed demeanor, it might make sense for you to go a bit quickly as well - as long as they continue to engage with you properly. In the right contexts, this would ensure the prospect that you value that they are strapped for time and would make sure to cover more ground in less time.

Seek to match the tone and volume of your prospect’s voice. If they’re speaking in softer, quieter tones, avoid coming on too strong with a loud, blustery voice.

Like mirroring body language, tone and volume mirroring makes the prospect feel that you understand where they are coming from. It also helps them feel like they are talking to someone with similar modes of interaction or personality as themselves.

Don’t Forget: It’s All About Empathy

Genuine empathy is essential to effective mirroring. If you don’t actually care about your prospect’s needs and challenges, mirroring techniques simply won’t work. Remember that mirroring is not a tactic to get your prospect to comply with your agenda. It’s a practice that can foster a safe space for authentic communication and open-mindedness during a sales call.

Sybill is a tool that will support engagement with your prospect and help you get further insight into what they’re actually thinking. Using AI, Sybill tracks and analyzes the nuanced facial expressions and body language of your sales prospect on a video call. With Sybill, you can actually see how often you and your prospect smiled or nodded together, and how that changed their mood. You can also analyze how well you're doing in terms of building rapport using mirroring by tracking this behavior across calls taken by you or your teammates. You can also rewatch the questions asked and see if you used mirroring properly, and/or identify opportunities where you could have used it, and share the feedback with your team.
More than a transcription tool, Sybill gives you complex and useful insight into your sales calls–and can help you learn and perfect the art of mirroring to engage and delight your prospects. To sign up for Sybill for free, click here.

Get more posts in your inbox. 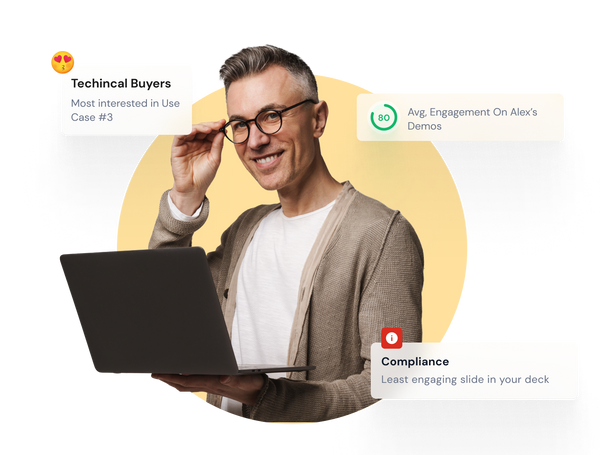 Learn about how Sybill customers boost their sales and marketing outcomes with superior messaging. 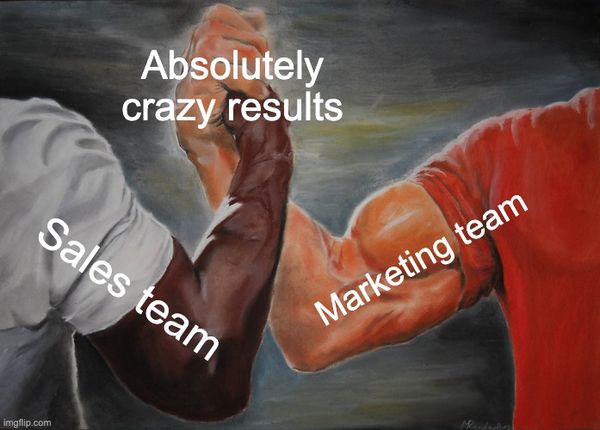 A step-by-step process to align your sales and marketing teams - and how Behavior Intelligence can step in to help. Use Sybill's Deck page to identify the slides that turn off your buyers and the ones that light them up. Create better resonating content with sales and marketing alignment.